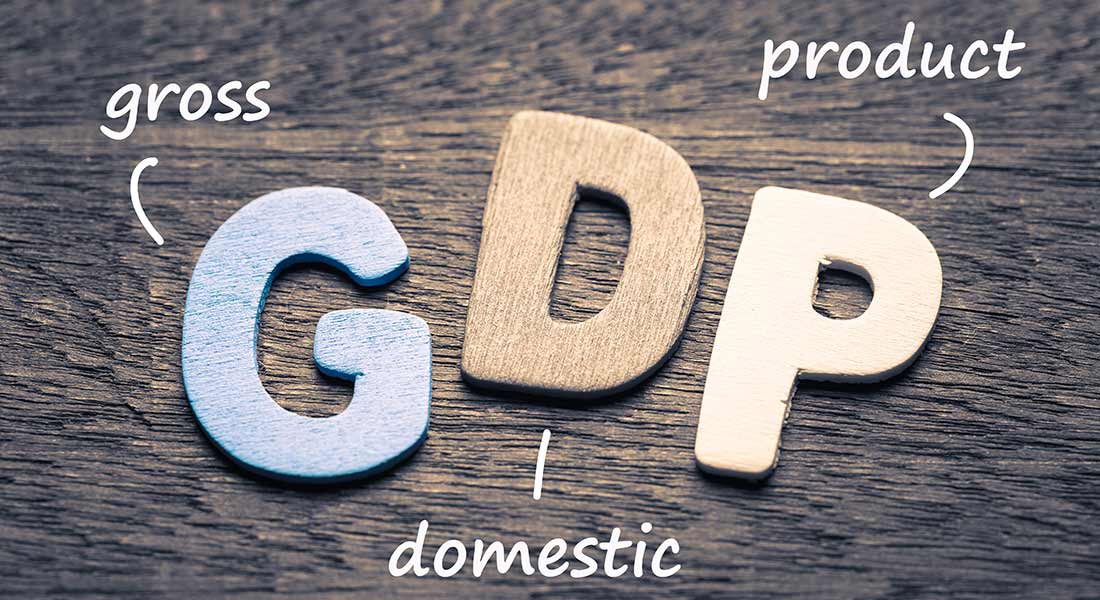 Small business owners evaluate their companies’ productivity and performance all the time. They look at sales reports, trends, profit margins, and several other indicators to determine if they are hitting their revenue and year-over-year growth targets. But did you know that an entire country can measure its productivity and performance, too? Of course, we are referring to the gross domestic product (GDP), a key indicator that measures a country’s overall economic health.

While GDP assesses numbers on a macro scale, it is an essential metric for small business owners to understand. The reason is that it provides information about the national economy, which, in turn, directly affects the state and local economies. For example, small businesses typically see financial ebbs and flow when there are constant fluctuations in the GDP. If you run a small business and are looking for more information about GDP, this Balboa Capital blog article is for you. It features a guide to gross domestic product (GDP).

Gross domestic product (GDP) is a measure of the total economic output of a country. The GDP is calculated as the total monetary value of all final goods and services produced in a given year (or quarter) within the borders of an economy. This includes the expenditures made by consumers, businesses, government, and foreign buyers. There are four types of GDP that are measured: real, nominal, actual, and potential. Following is an overview of each.

Real GDP is the total value of all products, goods, and services at their constant price level. It is calculated by accounting for inflation using a price index such as the consumer price index (CPI) or producer price index (PPI) to adjust for price changes over time.

Nominal GDP represents the total value of all products, goods, and services at their current market price levels, including inflation.

Actual GDP measures the overall economic output at any given time. In short, it is a good indicator of how good or bad a country’s economy is performing today or over the past week, month, quarter, or year.

Potential GDP, as the name implies, is the potential value of a country’s overall economy under ideal circumstances, specifically high employment, low inflation, and a strong dollar.

How is GDP calculated?

Gross domestic product is calculated by adding up a country’s level of consumption, investment, government spending, and the difference between total exports and imports. The GDP calculation is also known as the expenditure approach because it involves tallying the expenditures in the three categories mentioned (consumption, investment, and government spending).

Here is the GDP formula:

Calculating GDP, as one would expect, is a multi-faceted and monumental task requiring many financial reports and statistics. The U.S. Bureau of Economic Analysis (BEA) calculates our nation’s gross domestic product quarterly and annually. In addition to providing the overall GDP for the United States, the BEA includes reports for over 3,000 counties and metropolitan areas combined.

How does GDP affect small businesses?

The GDP has an essential impact on small businesses because it can affect their income and spending power. For example, if the GDP increases, small businesses typically have more customers and see higher sales revenues. In addition, a growing GDP boosts business confidence, which means companies are more likely to expand their operations, take out business loans, hire additional workers, introduce new products and services, and spend more on advertising and wages.

Conversely, if the GDP slows or becomes stagnant, small businesses might start seeing fewer customers and a potential slump in sales. This can end up putting a roadblock ahead of many strategic growth initiatives. In addition, history shows that decreased spending leads to supply chain issues, labor shortages, and higher prices on goods and services, among others.

A rising GDP is a good sign because it shows that the economy is growing. And when strong GDP results are reported, there is more significant consumer and investor confidence. People are more likely to spend money on nonessential items like home décor, electronics, and jewelry. Next, strong GDP numbers can result in a bullish stock market on Wall Street, fueled partly by higher corporate earnings. Although GDP growth is good news for the national and local economies, it can pose an inflation risk.

For example, strong GDP growth over two or three consecutive quarters could indicate that the economy is growing at a pace that could lead to inflation. When this occurs, the Federal Reserve might raise interest rates. If there is a negative GDP growth rate over two or more consecutive quarters, this is a sign of a recession. When there is a recession, interest rates may be lowered to stimulate the economy and encourage investing and spending.

Big corporations get most of the news coverage and advertising space, but small businesses drive our nation’s economy. They make up 99% of all companies with paid employees. Plus, small businesses deliver big numbers when it comes to hiring workers and generating revenues. According to the Small Business Administration (SBA), small businesses create over 65% of all new jobs and account for 44% of the United States’ gross domestic product.

The opinions voiced in this material are for general information only and are not intended to provide specific advice or recommendations for any individual.